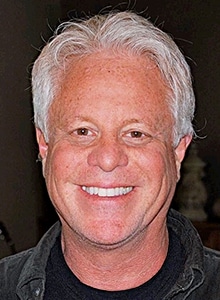 Dr. Terry Rondberg earned his degree as a Doctor of Chiropractic in St. Louis, Missouri from Logan University in 1974.  Since then, he has been helping and educating others about the body’s innate healing ability and how to achieve the optimum level of wellness.

In 1989, Dr. Rondberg founded the World Chiropractic Alliance (WCA), a non-profit organization with a large international membership, consisting of students and doctors. The WCA is a chiropractic educational and advocacy organization that has helped to introduce chiropractic in developing countries. With Dr. Rondberg as its president, the WCA is the only chiropractic organization to be recognized as a non-governmental organization (NGO) affiliated with the United Nations Department of Public Information. In addition, the WCA has educated other health care professionals about the role of chiropractic as part of complementary alternative medicine.

Under Dr. Rondberg’s leadership, the WCA has collaborated with the World Health Organization (WHO) to create the “WHO Guidelines on Basic Training and Safety in Chiropractic.” During the International Conference of NGOs in South Korea, the WCA sponsored “the Role of Chiropractic Care in Global Wellness,” which was the first and only international NGO chiropractic program.

He also founded and served on the board of directors for the nonprofit Council on Chiropractic Practice, (CCP) which developed the first and oldest accepted scientific evidence-based practice guidelines for the chiropractic profession listed in the National Guideline Clearinghouse by the U.S. Federal Government.

In 2005, Dr. Rondberg’s expertise in the chiropractic profession was honored when he was appointed by Donald Rumsfeld, U.S. Secretary of Defense, as a special employee of the Department of Defense, to serve on the Chiropractic Advisory Committee.

Richard Mayo, deputy director of the Office of the Assistant Secretary of Defense/Health Affairs told Dr. Rondberg, “I believe you will be able to contribute advice and recommendations regarding… chiropractic health care benefits for members of the uniformed services on active duty.”

As an established author, Dr. Rondberg has written several books including, “Under the Influence of Modern Medicine,” “Chiropractic Compassion and Expectation,” “The Evolution of Chiropractic,” “Chiropractic First,” which has sold more than three million copies and his most recent book “Bioenergy Breakthrough.”

For 28 years Dr. Rondberg published The Chiropractic Journal, (TCJ) a newspaper received by every Doctor of Chiropractic in the world.  He also published the Journal of Vertebral Subluxation Research, (JVSR) a scientific peer reviewed journal for over ten years.  He has also written numerous articles on, nutrition and stress, including electrosmog, hydration, meditation, spirituality, and a wellness lifestyle.

But Dr. Rondberg often speaks at health and wellness conferences and has been a guest on many television and radio programs.

Dr. Rondberg is a diplomate of the College of Energy Medicine and a diplomate of the College of Mind-Body Medicine. He is a certified massage therapist. He earned a black belt in Okinawan SHURI-RYU and has been teaching yoga for the past 45 years. Dr. Rondberg also studied acupuncture at the Beijing Hospital in China and studied Ayurvedic medicine and energy healing in Northern India.

After 45 years of serving the chiropractic profession, Dr. Rondberg is no longer practicing chiropractic. Rather, he has shifted his focus to energy healing and integrative medicine and has a wellness technique he developed called Bioenergy.

Bioenergy is based on the ability of the brain to change one’s level of pain, postural distortion, stress levels, and stiffness.  For the brain to accomplish this, it must receive incoming, sensory information that can reach the highest cortical regions of the brain.

By working directly on the muscles in the sub-occipital triangle, Bioenergy directly affects the brain, where all pain, stiffness and dysfunction, originate.  After relaxing this area, the brain can return to doing what it does best: helping us to better adapt to internal and external stressors and making possible our highest expression of health and wellness.