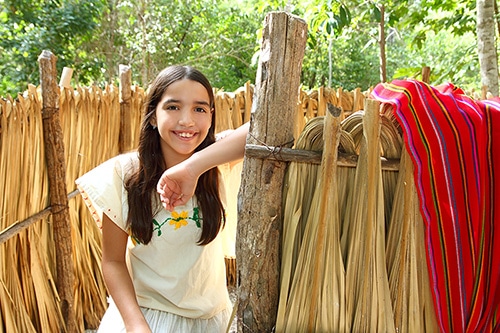 Did you know?  The World Chiropractic Alliance is the first and only chiropractic organization to receive a White House presidential appointment.

As the sole chiropractic organization to be recognized as an NGO (Non-Governmental Organization) affiliated with the United Nations Department of Public Information, the WCA has played a role in introducing chiropractic to developing nations, and informing health officials about Complementary and Alternative Medicine (CAM) for wellness issues.  To this day, we continue to send WCA representatives to the UN Department of Public Information meetings in support of Chiropractic.

The president of the WCA was one of five doctors asked to serve as a special member of the Department of Defense by Donald Rumsfeld, former Secretary of Defense, to integrate Chiropractic into the VA.

We’re the only chiropractic organization to pass legislation including and protecting the term subluxation complex in federal legislation.

The WCA is also the only organization whose president established and administered a non profit organization that created the first and oldest scientific evidence based guidelines in the chiropractic profession, still listed for a total of 20 years in the National Guidelines Clearinghouse operated by our federal government.

Further, the WCA established a liaison to the World Health Organization (WHO) in Geneva, Switzerland, and worked with the WHO to develop the “WHO Guidelines on Basic Training and Safety in Chiropractic.”

The WCA also sponsored the first NGO workshop on chiropractic, called “The Role of Chiropractic Care in Global Wellness” at the International Conference of NGOs in Seoul, South Korea.  Its success was enjoyed by over 5000 attendees!

Proudly promoting and supporting Chiropractic for over 24 years, The World Chiropractic Alliance works through numerous initiatives to:

Chiropractic has many basic principles upon which all its philosophy, art and science is based. Those listed here are some of the most important. They have guided the profession since it’s earliest development. Some of them are almost universally accepted. Others are just beginning to find acceptance with the other sciences.  These principles follow a simple progression of deductive logic. If you accept the major premise, the other principles fall into place almost automatically.

Time always has and always will perpetuate those methods which better serve mankind. Chiropractic is no exception to that rule. My illustrious father placed this trust in my keeping, to keep it pure and unsullied or defamed. I pass it onto you unstained, to protect as he would have you do. As he passed on, so will I. We admonish you to keep this principle and practice unadulterated and unmixed. Humanity needed then what he gave us. You need now what I give you. Out there in those great open spaces are multitudes seeking what you possess.

Burdens are heavy; responsibilities are many; obligations are providential; but the satisfaction of traveling the populated highways and byways, relieving suffering and adding millions of years to lives of millions of suffering people, will bring forth satisfaction and glories with greater blessings than you think. Time is of the essence.

May God flow from above-down His bounteous strengths, courage and understanding to carry on; and may your Innates receive and act on that free flow of Wisdom from above-down; inside-out… for you have in your possession a Sacred Trust. Guard it well.

We chiropractors work with the subtle substance of the soul. We release the prisoned impulses, a tiny rivulet of force, that emanates from the mind and flows over the nerves to the cells and stirs them to life. We deal with the magic power that transforms common food into living, loving, thinking clay; that robes the earth with beauty, and hues and scents the flowers with the glory of the air.

And yet you ask “Can Chiropractic cure appendicitis or the flu?” Have you more faith in a knife or a spoonful of medicine than in the power that animates the living world?